Among the more than 70 titles she has earned, Monica titled "Caden" to his IPO3 when he was only two years old, making him the only Dobermann living in Canada with the IPO3 title at the time.

Monica repeated this accomplishment with Caden's son Brio who earned his IGP3, IFH1 and TD at just two years old!

Monica has competed and earned titles and awards with Dobermanns at club, regional and national trials in the United States and Canada, and competed at the 2018 IDC WM in Slovakia (the World Championship for IPO3 Dobermanns).

Huld is the German word for "Grace" and there is nothing more beautiful than watching a dog and owner work together in harmony as a team.

2019 DPCC  Working Doberman of the Year 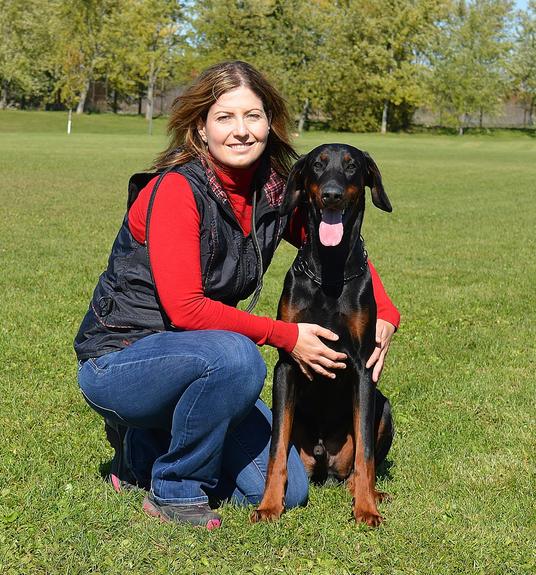